Something’s starting to happen: investments in lighting contribute to a better society 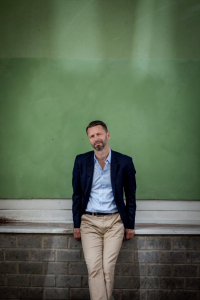 Switching to intelligent lighting is about saving energy and money, but is also helping in several other ways.

“Around the country, more and more people now realise that there are big gains to be made in increased security, a better work environment, better study results, etc. We are reaching a breakthrough,” says Mikael Castanius, CEO of  Belysningsbranschen, the organisation that represents Sweden’s manufacturers and importers of lighting sources, fixtures and components.

The possibilities of modern lighting have been known for more than a decade. Despite this, investments have been slow, especially in the public sector.
“We have had to struggle against the headwind,” says Mikael Castanius.
“The biggest obstacle has been the heavy focus on the purchase price. Intelligent solutions with light control cost more to buy but involve significantly less energy consumption from day one, so there is a rapid payback.

Belysningsbranschen has long been working to convince the benefits of modern lighting, not least the huge energy savings.
“Outside the local authorities, we still encounter great surprise when we say that energy consumption can be reduced by 80-90 per cent by changing from antiquated facilities to new ones with LEDs and controls.
“Energy saving is one thing. Another is that a well-planned lighting environment also contributes to a better work and learning environment and, by extension, to better study results at school.

New research findings show that we feel better if the light environment varies during the day, just like the natural light outdoors.
“Dynamic light that adjusts throughout the day is the key to really good lighting, says Mikael.

Another area where a lot is happening now is outdoor lighting as a security investment. One of the latest in this respect is the City of Stockholm’s major investment in outdoor lighting in areas that are perceived as unsafe. A total of 100 million kronor will be invested in safer street environments by 2020. A report from the Crime Prevention Council, which looked at crime prevention measures in ten suburban centres in Stockholm, shows that many people, especially women, experienced such feelings of insecurity that they did not dare go out in the evenings.
“The results also show that anxiety decreases when walking paths and parks are illuminated and planned properly, says Mikael.
“From the political point of view, it is extremely positive that the importance of lighting for increased security is appreciated. As Stockholm is making this effort, it is also very likely that other municipalities will follow suit.”

He would like these issues to be addressed and discussed at Elfack 2021.
“There is a curiosity today among politicians and municipal officials. I want to see more of them, as well as the big property owners, at next year’s fair, where we will inform them about everything new that is happening and the latest smart solutions.”

Mikael emphasises the importance of forums where many different stakeholders are included: