“The 20s will change the world” 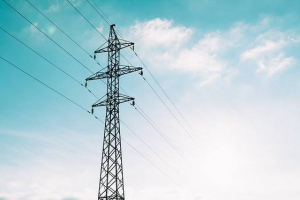 The whole world is facing a major energy transition. Although development is progressing faster than ever, at the same time requirements are greater than ever and the need for renewable energy sources seems endless.

This is a problem that, to say the least, affects all countries and opens up major issues regarding cross-border cooperation. One country that has succeeded in achieving impressive results in its energy journey is Germany, which had already reduced its greenhouse gas emissions by 40% by the year 2020.

– In the early stages of the energy transition, my experience was that many countries were focusing only on themselves. It is important to broaden our perspective and understand that this is a European problem, we are in this together. I would also say that European policy has been successful in driving effective climate change, says Andreas Kuhlmann, CEO of “dena” (the German Energy Agency).

The EU target has been to reduce greenhouse gas emissions by 40% by the year 2030. In September, however, a proposal was submitted to raise this target to a 55% reduction by 2030 – a proposal that is expected to be adopted in 2021. Further climate goals for 2030 are that 32% of the energy market should consist of renewable energy sources, and energy efficiency should be 32.5%. 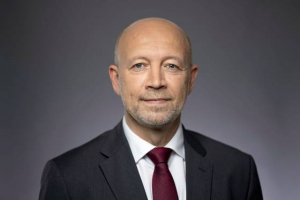 – It is a great challenge to produce renewable energy sources faster. But finding integrated business models is also a challenge. This is something we are working on a lot in Germany right now. We are focusing on efficiency. Efficiency is a key issue, and its role is underestimated. There is no reason to waste energy, Andreas Kuhlmann continues.

Germany is one of Europe’s largest energy markets. Something that often means pressure to lead by example. When it comes to energy issues, the focus is on the major players and there is great interest in Germany’s strategies.

– Our strategy is based on the incentive to leave coal and nuclear power behind us as quickly as possible and build renewable energy sources as quickly as we can. We have also realised that we need molecules. Electrons alone will not suffice. That is why we are investing in hydrogen molecules; that is our focus right now, says Andreas Kuhlmann.

At times like this when a major change is taking place in society and in many countries, when companies and individuals are changing their behaviours and business models, different trends tend to manifest themselves. The energy market is no exception and for Andreas Kuhlmann and dena, the need to act on some of these trends has been obvious.

– The biggest trends in the energy market that we have focused on are innovation, a ramp-up of the hydrogen market and finding the best systems for extracting renewable energy. As for the timeframe, it is about doing this as quickly as possible. It is important to be optimistic but not naive. Many aspects of the transition are complex, and changing the existing structure and our behaviours is difficult, Andreas Kuhlmann explains.

As mentioned, there is a major challenge in finding renewable energy sources and integrating them into our energy system. But adapting the market also presents a big challenge.

– At first, there was so much focus on acquiring renewable energy sources and we were staring at that problem blindly. We have now gone from 5% to 46% renewable energy. Sometimes you just see the small problems and underestimate the big challenge, which is now about how to deal with the new energy sources. We need to rethink the market, create more flexibility and change prices and taxes, says Andreas Kuhlmann.

There are also some advantages to an energy system that has an ever-increasing share of renewable energy production.

– A huge number of decentralised alternatives and new storage systems, energy societies and market designers have emerged. We must use this and adapt to it. I think we will just see more and more exciting examples. The 20s will change the world, Andreas Kuhlmann concludes.

On 4 May, 2021, dena will be taking part in the Power Circle Summit, which is being organised digitally by the Swedish Exhibition & Congress Centre, Power Circle, the Swedish Energy Agency and Innoenergy. It is an opportunity for decision makers, innovators, entrepreneurs and strategists to meet up and share knowledge and insights with each other. Through discussions, workshops and seminars it is building a circle of knowledge to support the energy transition of the future.